“The most beautiful moments always seemed to accelerate and slip beyond one’s grasp just when you want to hold onto them for as long as possible.” ― E.A. Bucchianeri

I can’t believe how its been over a decade since I first met my husband. It feels like it was a few months ago, all the dating, courting, the all-night phone calls, and the desire to spend the rest of our life together. Now, after being married for almost a decade, two children and a whole lot of ups & downs, I am so thankful to God for a life partner who has stood with me through it all. To celebrate our love that has stood the test of time in spite of all the tribulations that came along, my husband organized dinner at a very special dining place, which actually took us 10 years into our past together because the food served there was reminiscent of what we used to eat during our dating years. Although we ate out a lot in the past, it was often an excuse to meet up, and the only way to keep the weighing scale from getting upset was to eat tasty & healthy food. Today, we are much older and probably have different reasons to continue to eat healthy, and so we went to the best place for Lebanese food in Mumbai – Mabruk!

Located in the 5-star deluxe Hotel Sahara Star near Mumbai’s Domestic Airport, Mabruk is an open air restaurant with a breathtaking scenic view. Flowing streams of water just adjacent to the restaurant provide a very soothing ambient sound which cuts off all the noise that might have been expected from traffic flowing right outside the hotel. The relaxing ambiance is complimented by a wide open spaced seating layout in comfy sofas, soft lighting and a very tender genre of instrumental music playing in the background. The mood of the restaurant is very calming & relaxing and is a welcome contrast to what us Mumbaikars are exposed to in our daily routine.

At the outset we were greeted by Chef Jihad El-Chami who is a very jovial and down-to-earth kind of person. We spent the initial several minutes deeply engaged in a very interesting conversation about how an authentic Lebanese chef of Lebanese descent landed up in a city like Mumbai, and how he has grown to love living here with his family. It was amazing to hear how he had adapted to life here and how well it was working out for him. He then took us through the menu, helpfully advising us based on our expectations.

We started off with the Mezze, which is a big part of middle-eastern cuisine and consists of a platter of selected appetizers served as part of a multi-course meal. This is often the routine practice in the Middle East and North Africa. Classic Lebanese cuisine calls for two such platters – Mezze Albard (Cold) & Mezze Alharu (Hot). Here is what we enjoyed:

Mezze Cold: This cold platter had servings of 5 different items –

The Main course – Tagine Laham, was served in a Moroccan Tagine Pot, which is a ceramic cooking vessel with a unique ability to give the food a earthy and rustic aroma to the food cooked in it. The dish is a traditional Moroccan mutton stew with potato, beans and almonds accompanied with couscous (steamed broken wheat with a texture very similar to fine chopped rice).

For desert we had the famous Lebanese crispy pistachio pastry called the Baklawa. This has been a favourite of my parents for years during their time in the Middle East, and is one of my favourite deserts as well.

Our drinks were two of the Koshafs which is a noticeably thick mix of apricot &  orange juice on a mango pulp base decorated with dry fruits.

I have known Lebanese food to feel light and easy on the stomach no matter how much is eaten, primarily due to its preparation involving a combination of herbs and olive oil. The dinner was sumptuous, the spread extensive and we were satisfied to the fullest. A beautiful surprise in the form of a delicious anniversary cake was next and I just loved this end to a fantastic meal. A special thanks to our host Niraj & Chef Jihad El-Chami who made this possible for us. Overall, Mabruk is a wonderful place to make an occasion special.

On the way home, I realized that I have had such a wonderful last decade and now looking forward to the next together as a family. 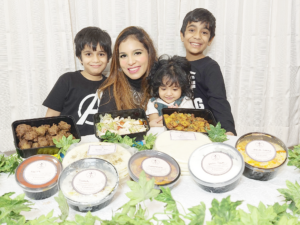 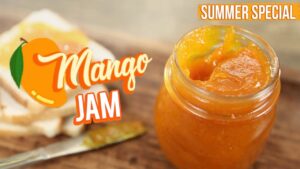